The Green Climate Fund (GCF) will start funding its largest climate finance investment to date following an agreement signed with the European Bank for Reconstruction and Development (EBRD).

The Green Climate Fund (GCF) will start funding its largest climate finance investment to date following an agreement signed with the European Bank for Reconstruction and Development (EBRD).

GCF is contributing USD 378 million to this USD 1.4 billion programme to support thousands of individual investments in technologies that reduce emissions and enhance resilience to climate change. 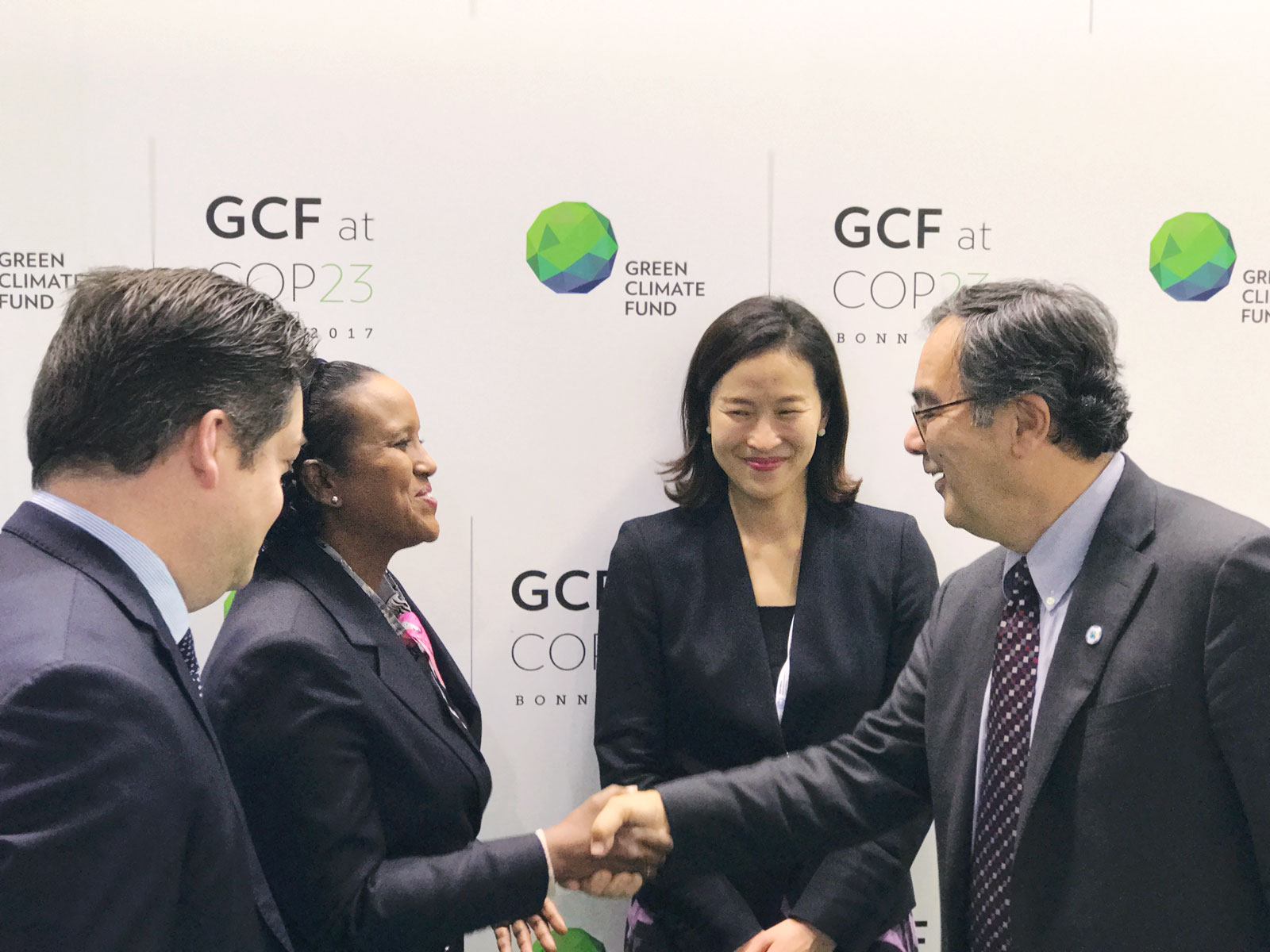 “GCF has marked 2017 as a year of implementation, and projects such as this one are helping the Fund push a paradigm shift in supporting new, sustainable business practices,” GCF Executive Director Howard Bamsey said.

EBRD President Sir Suma Chakrabarti praised the Funded Activity Agreement (FAA), saying it represented a continued strengthening of the partnership between GCF and the EBRD, and a further endorsement of the Bank’s Green Economy Transition approach.

“The programme helps the EBRD support the promotion of green investments by local financial institutions, increasingly integrating climate technologies into day-to-day financing decisions,” Sir Suma said. “The GCF’s grants help to ensure the very highest standards in the projects that are rolled out.”

The EBRD has scaled up its climate finance activities as part of a pledge made in the run up to the Paris Agreement in 2015. Under its Green Economy Transition approach, the EBRD has a target of dedicating 40 per cent of its annual investments to green finance by 2020. It is well on the way to meeting this objective.

GCF was set up by 194 countries which are parties to the United Nations Framework Convention on Climate Change (UNFCCC) in 2010 to deliver equal amounts of funding to mitigation and adaptation initiatives in developing countries.