Conference of the parties and their historical timeline

World Meteorological Organization (WMO) and UN Environment Programme (UNEP) establish the Intergovernmental Panel on Climate Change (IPCC). To this day IPCC assessments are the scientific underpinning of international negotiations while also providing unique insights into, for example, managing the risk of extreme events and disasters.

World Meteorological Organization (WMO) and UN Environment Programme (UNEP) establish the Intergovernmental Panel on Climate Change (IPCC). To this day IPCC assessments are the scientific underpinning of international negotiations while also providing unique insights into, for example, managing the risk of extreme events and disasters. 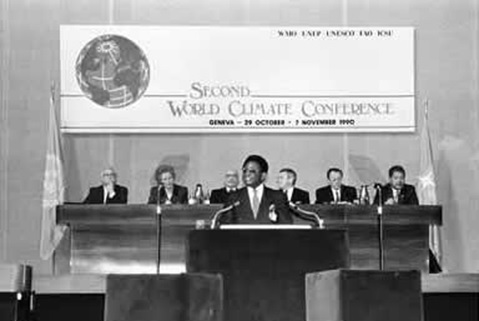 The IPCC releases the first assessment report saying 'emissions resulting from human activities are substantially increasing the atmospheric concentrations of greenhouse gases' leading to calls by the IPCC and the second World Climate Conference for a global treaty. 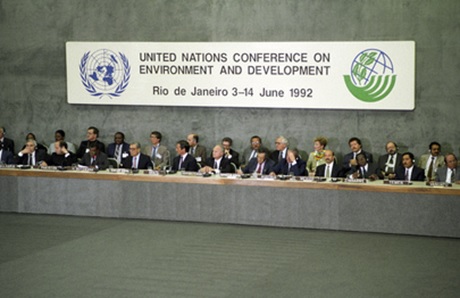 The United Nations Framework Convention on Climate Change opens for signature at the Earth Summit in Rio, bringing the world together to curb greenhouse gas emissions and adapt to climate change.

and Development, held in Rio de Janeiro in June 1992. The Great Khural (Parliament) of Mongolia ratified this Convention on September 30, 1993. 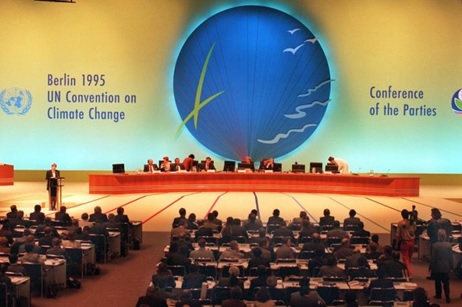 Following this first Conference of the Parties in Germany , the signatory countries agreed to meet every year and assumed responsibility for maintaining control over global warming. Right from the start, the need to begin negotiations to reduce emissions of polluting gases from the year 2000 onward was acknowledged. 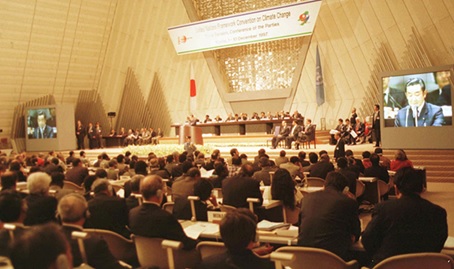 COP3 met in the Japanese city, where intense negotiations saw the light on the celebrated Kyoto Protocol, which until then, together with the Montreal Protocol (1987, protection of the ozone layer), was one of the two most important and hopeful documents of humanity to regulate anthropogenic activities, capable of recovering the global environment.

The Kyoto Protocol was officially adopted, in which industrialized countries made commitments for the period 2008-2012 to reduce greenhouse gas emissions by 5% against the level of 1990. Mongolia (Non-Annex I country) ratified Kyoto Protocol December 15, 1999.

With the aim of avoiding an unprecedented temperature increase in the planet, a historic agreement was reached, although its main objectives were not achieved. The Kyoto Protocol would become the key figure in future climate summit conferences.

It was nine years mainly employed in finalizing the details of the Kyoto Protocol. Between these dates were held nine Conferences of the Parties: 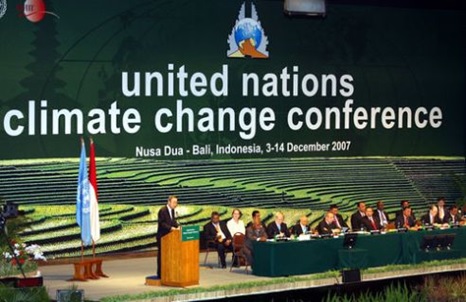 During the conference in Indonesia, COP adopts the Bali Road Map, including the Bali Action Plan, charting the course for a new negotiating process to address climate change. The Plan has five main categories:

The fourteenth Conference of the Parties in Poznan, Poland, delivers important steps towards assisting developing countries, including the launch of the  Adaptation Fund under the Kyoto Protocol and the  Poznan Strategic Programme on Technology Transfer

The accord was merely "recognised" by the 193 nations at the Copenhagen summit , rather than approved. Developed countries pledge up to USD 30 billion in fast-start finance for the period 2010-2012.

The sixteenth Conference of the Parties results in the Cancun Agreements, a comprehensive package by governments to assist developing nations in dealing with climate change.

At the seventeenth Conference of the Parties in South Africa, all the countries agreed to start a process of emission reduction. Governments commit to a new universal climate change agreement by 2015 for the period beyond 2020, leading to the launch of the Ad Hoc Working Group on the Durban Platform for Enhanced Action or ADP.

At COP18, governments agree to speedily work toward a universal climate change agreement by 2015 and to find ways to scale up efforts before 2020 beyond existing pledges to curb emissions. They also adopt the Doha Amendment, launching a second commitment period of the Kyoto Protocol.

The nineteenth Conference of the Parties produces the Warsaw Outcomes, including a rulebook for reducing emissions from deforestation and forest degradation and a mechanism to address loss and damage caused by long-term climate change impacts.

In the Peru conference , and for the first time, all the countries undertook to present their commitments on greenhouse gas emissions before October 1st 2015. These are called ‘Intended Nationally Determined Contributions’ (INDC) Paris. 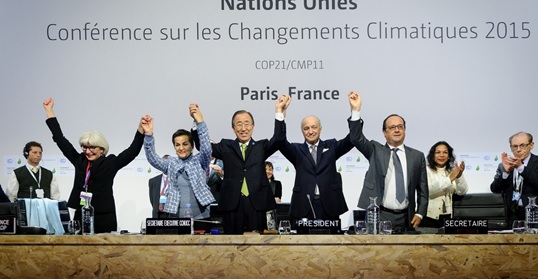 An ambitious global convention to combat climate change, negotiated in the framework of COP 21. The Paris Agreement main aim is to keep the average global temperature below 2°C with respect to the pre-industrial level, although countries committed to making efforts so that it does not exceed 1.5°C, thus avoiding the most catastrophic effects of climate change. Mongolia, signed the Paris agreement on April 22, 2016 and ratified September 21, 2016.

The 196 parties who make up the UN’s climate change convention committed to delivering national plans to reach this objective. These plans, or contributions, known as NDCs , enter in force in 2020 and will be revised upwards every 5 years, increasing in ambition and ensuring that the long-term goal is reached.

Negotiations concluded at the Summit were presented in three documents:

At this Summit, the Facilitative Dialogue, known as the Talanoa Dialogue Platform , took place, a process allowing nations to share experience and best practice in achieving the objectives of the Agreement.

The controversy in Katowice this time was not about the Paris Agreement directly, but about the IPCC document, the Intergovernmental Panel on Climate Change, which presented its Fifth IPCC Report in October this year, whose main objective is to limit the rise in temperatures to 1.5 degrees centigrade from its pre-industrial level. 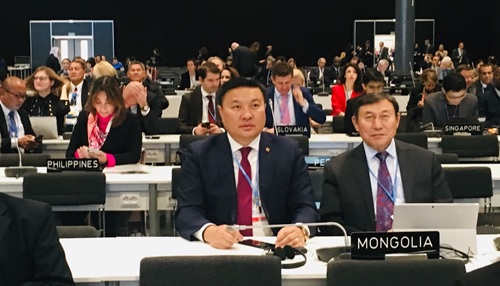